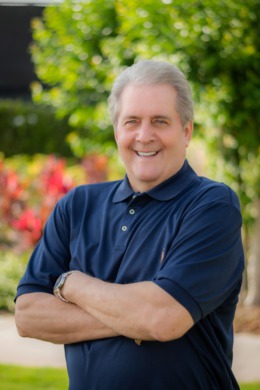 Jerry Burch has been a Broker/Salesman at Keene’s Pointe Realty since October, 1998. Originally from St. Louis, Missouri, he graduated from the University of Missouri in 1972. Jerry left his Marketing Management position with the Mobil Oil Corporation after 7 years to venture into the world of Real Estate in Florida in 1980. After 5 successful years in the Stuart/Port St. Lucie area, he accepted an Executive Sales position at Heathrow Realty in Orlando. Five years later Jerry was part of the new Sales Team at Alaqua, another upscale Development in the northern part of Orlando. After 7 years, Jerry was recruited and hired to start a new Deveolpment called Alaqua Lakes. During his first year at Alaqua Lakes, Jerry won the prestigious “Mame Award” for the Top Sales Volume in Central Florida. Shortly thereafter, Jerry was offered an opportunity to join the opening Sales Team at the new Keene’s Pointe Development, a beautiful golf and waterfront community on the Butler Chain of Lakes in Windermere, FL. This was one move that he could not turn down, and Jerry will tell you that it has ended up as the best move of his Career!

Jerry resides in Winter Garden with his wife Cindy. They have a son, Michael, in Chicago, IL., and a daughter, Darah, in Ft. Lauderdale, FL. Along with being an active member of the Homebuilder’s Association and the Orlando Regional Realtor Association, Jerry enjoys playing tennis and golf.

Have a Question or Want a Free Market Report?

Have a Question or Want a Free Market Report?